Sign up to get local marketing tips, tricks, and general information from us. We're always looking for ways to add value to your business.

Affordable Website Design
Learn about our affordable websites that help rank your business in search.
Websites That Convert
We build local-optimized websites that convert more and get you more customers. 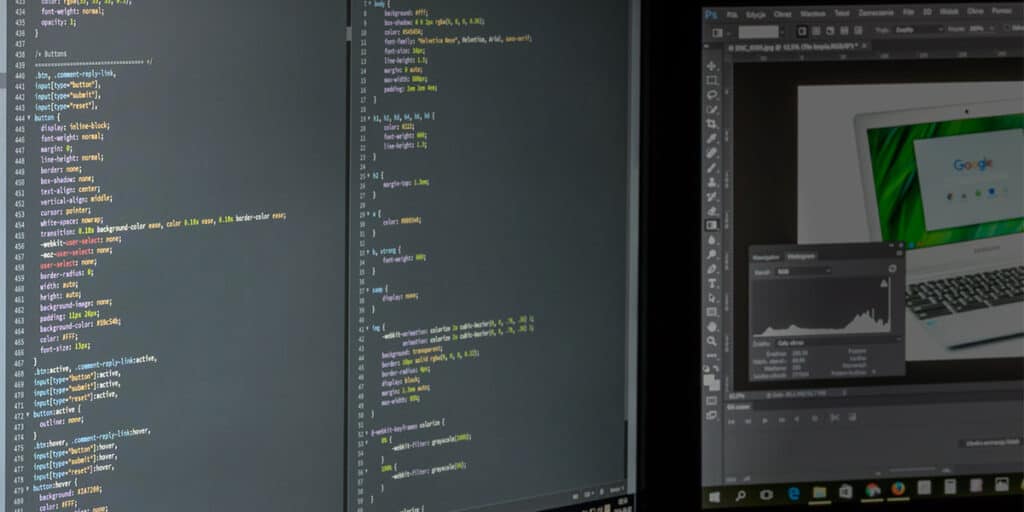 Our focus at Loclweb is affordable web design for local businesses, we’re close to the web design industry. We are constantly analyzing what works, doesn’t work, and what others are doing. That means we know what other web designers are doing, whether their focus is the same as ours or not.

There’s a trend in the past 10 years of trying to simplify web design with DIY companies who just throw a template at the problem (and still fail miserably). Then there are those who try to apply the wrong skill sets to web design and expect good results.

So, here are some of the biggest issues we’ve experienced with graphic designers trying to jump into web design thinking it will be an easy transition.

Graphic designers are used to having precise control over their designs and how they’ll be seen. You start with a static image size and design within those limitations. Web design is very different. It’s less precise, and you have to account for many variables.

A website will display differently depending on whether someone is on a smartphone or a desktop. That sometimes leads the graphic designer to design a portion of a website as a graphic instead of a website, words and all.

Words should never go in an image unless it’s part of the design.

Yes, we’ve run across websites previously designed by a graphic designer who decided it would be best to put a large hero image at the top of the website with a photo, words, phone number, and more all in an image.

Even the most basic skilled web designer would know you cannot and should not ever do this. It will lead to many website visitors seeing a horribly formatted website, and also it is not scannable by any search engine. All the information in an image is essentially tossed out.

There’s no such thing as navigation, User Interface (UI), or User Experience (UX) in graphic design. Those are the central points of web design. Graphic designers focus too much on the visual design elements and not enough on the actual usability of the website.

Graphics can do a lot for a website, and they are essential, but they are only part of the message and over experience. Graphic designers are great at creating amazing graphics that serve their purpose. Unfortunately, the purpose of a graphic is never to be interactive.

Websites, on the other hand, are extremely interactive. They not only have to have the visual elements of graphic design, but they must also be easy to navigate, easy to scan while scrolling, and have a clear and concise navigation with great internal linking.

Graphic design doesn’t have to take any of that into account and is often a small, single graphic that has one clear goal. Websites are more complex and have many goals that all work together.

Both graphic designers and web designers have to keep things organized. Images need to be organized, and the information needs to be clear and concise. Usually, an image contains a lot less information than a website, though.

That means web designers are working with a different quantity of information in order to keep things organized and present it in a clear way. A graphic designer may have to cut out one or two things the client wants in an image, but a web designer often doesn’t get to do that. Instead, a web designer has to figure out how to organize the entire website, so it stays organized with all content intact.

Graphic design and web design are both very tech-heavy. They rely on new applications, the technologies are always changing, and new features are always added. This is true for both, but they also use very different technology. Graphic design technologies are more precise specifically because they have a fixed output. Every image is a specific measurement. You know, 1080px by 1080px for an Instagram image.

Not so for web design. The technology is extremely imprecise and takes some getting used to. Not only that but responsive web design didn’t even exist 15 years ago (or at least barely existed). The original iPhone promoted the fact that you could zoom in easily on specific parts of a website by double tapping on the area.

If you asked users to double-tap on an area of a website to zoom in today you’d automatically lose those visitors forever. Nobody will put up with the inconvenience of having to manipulate a website in order to see it on their device.

It’s now the web designers job to ensure a website looks good on every device and in every size. If it doesn’t look good then it at least better be usable. Graphic designers don’t have to worry about that. Every image is a fixed dimension and that’s it.

If you try to create a website in a fixed dimension today then it’s a bad website from the start.

Why Web Design Is So Different

These are some skill sets a web designer must at least grasp at a high level in order to succeed.

Websites rely almost entirely on search engine traffic for visitors and new leads. If a website being built is only to create authority or for answering questions for real-world marketing (billboards, mail, etc.) then search engine optimization (SEO) won’t be necessary. A website without search traffic isn’t really practical in most cases so web designers require a broad knowledge of SEO also.

Websites that a web designer creates need to be well-optimized even if they’re not doing the off-site optimization. There’s a lot to SEO and there are specialist web designers who do more in SEO than design. But a web designer who specializes only in design must still understand the basics of on-site SEO.

The goal of a website is ultimately one of the marketing department. It’s typically to generate leads online or at the very least to lend authority to a business. In either case, the goal is marketing oriented.

That means web designers need to understand conversion optimization in general terms. They may not run all the tests that marketers do, but they at least design theoretically better converting websites from the start, so conversion rate optimization (CRO) testing can be more successful.

That’s why we use tools like Attention Insight for every affordable web design project. It allows us to build websites that are better optimized from the start, so that testing can get it even further if our clients hire marketers to do more testing.

User Experience (UX) and User Interface (UI) design are two essential skills for every web designer. They are also an important part of marketing. Without proper UX and UI, then marketing can easily fall flat.

That’s why they are essential skills for a web designer to understand and now how to utilize properly.

Surprisingly, web designers also need to know the basics of social media marketing too. There are many design aspects for websites that also work with social media. They often mix with SEO because the code that creates rich information in search and social media are the same.

In order for social shares to look amazing when a website is shared, the right information needs to be included in the website design. Proper coding on a website can make all the difference between a boring social share and one that captivates.

A good website incorporates elements from many expertises. Not only in the actual elements that are on the website, but in how the website is put together. There’s one expertise is most closely aligns to, though.

There are some similar skills from a graphic designer to a web designer, but there’s less in common that there is in common. Web designers have more in common with marketers than they do with graphic designers. That’s why it’s essential to have a great web design agency who knows the importance of marketing in the website design process.

A web design agency that focuses on the marketing side of web design first and then the visual design will ultimately create a more successful website.

Loclweb will build you an affordable website optimized to rank better in local searches to get your business found online.